All About Childhood Apraxia of Speech 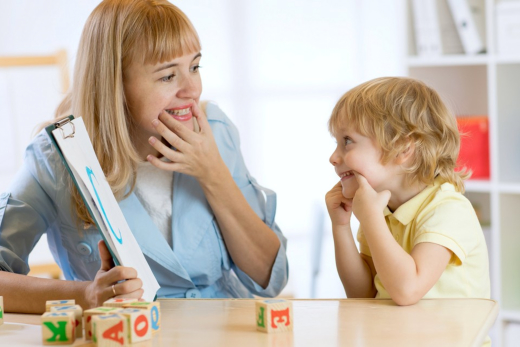 In general, Childhood Apraxia of Speech or CAS is characterized as difficulty in making correct movements when speaking. This doesn’t mean that children with this disorder have weak speech muscles but it does meain they have some difficulty coordinating or directing the movements when talking. Speech therapy in Milwaukie, Oregon helps children to learn how to move their jaws, lips, or tongue so they can produce speech sounds  with typical rhythm and speed.

Symptoms may vary according to the age and severity of the disorder. In the early part, it is associated with delayed onset of first words, having only a limited number of spoken words, as well as only few vowel or consonant sounds. Language therapy in Oregon deals with these and more.

What separates CAS from other types of speech disorders is that children with this disorder may tend to have a difficulty imitating simple words, using an equal emphasis on all syllables, separating syllables like putting a gap or pause in between, distorting vowels, or the apparent groping movements with the tongue, jaw, or lips to make correct movements for speech sounds.

There aren’t yet definite causes of CAS but some involve genetic disorders, or neurological conditions. Speech therapy for CAS is offered at Pathway Speech Therapy!